Building upon our Film Evaluation Course, the College Area Scouting Course is an experiential learning program that provides insight into what actually goes into the process of working on the road as a college area scout. It is more than simply grinding tape, but executing a detailed plan to identify, qualify, and evaluate every potential draft eligible player in your area. From summer film work to background and character research, from live practice exposure through writing up scouting reports and preparing for draft meetings, we share insight, stories, practical tools, documentation, interview strategies, and much much more on what it takes to be an effective college area scout for an NFL organization. 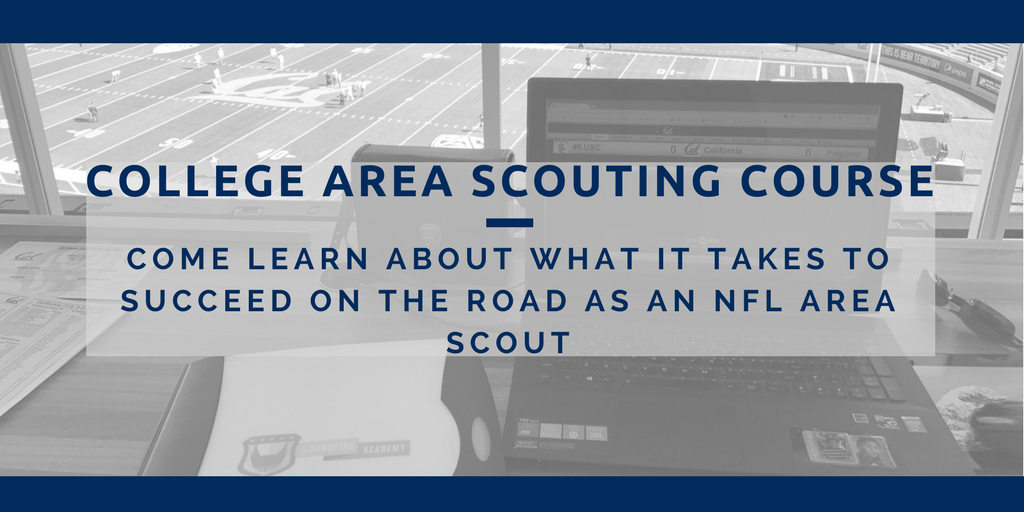 Complete assignments on your schedule

Questions? Check out our FAQ.

Complete assignments on your schedule

Questions? Check out our FAQ.

Building upon our Film Evaluation Course, the College Area Scouting Course is an experiential learning program that provides insight into what actually goes into the process of working on the road as a college area scout. It is more than simply grinding tape, but executing a detailed plan to identify, qualify, and evaluate every potential draft eligible player in your area. From summer film work to background and character research, from live practice exposure through writing up scouting reports and preparing for draft meetings, we share insight, stories, practical tools, documentation, interview strategies, and much much more on what it takes to be an effective college area scout for an NFL organization.

The 1st Tuesday of each month, we will host a live webinar and install the curriculum for that month.

During the month, you will have 1 experiential learning assignment to complete. They will vary from research you can do in your home to visiting training camps or day trips college programs.

The last Tuesday of each month, we will host a live webinar to review the assignment and your experiences with it and provide feedback, answer questions, and talk strategy.

Participants in this program will become eligible to be selected as an Apprentice for the Reese’s Senior Bowl.

“We have an incredible amount of respect for the educational program that Dan Hatman has built at The Scouting Academy and we are excited about assisting his students as they prepare to enter the scouting profession.  Every member of the Reese’s Senior Bowl scouting staff has NFL experience and this partnership will allow them to pass along valuable insight to individuals looking to break into the league.”
–Reese’s Senior Bowl Executive Director Jim Nagy

Hear from past students 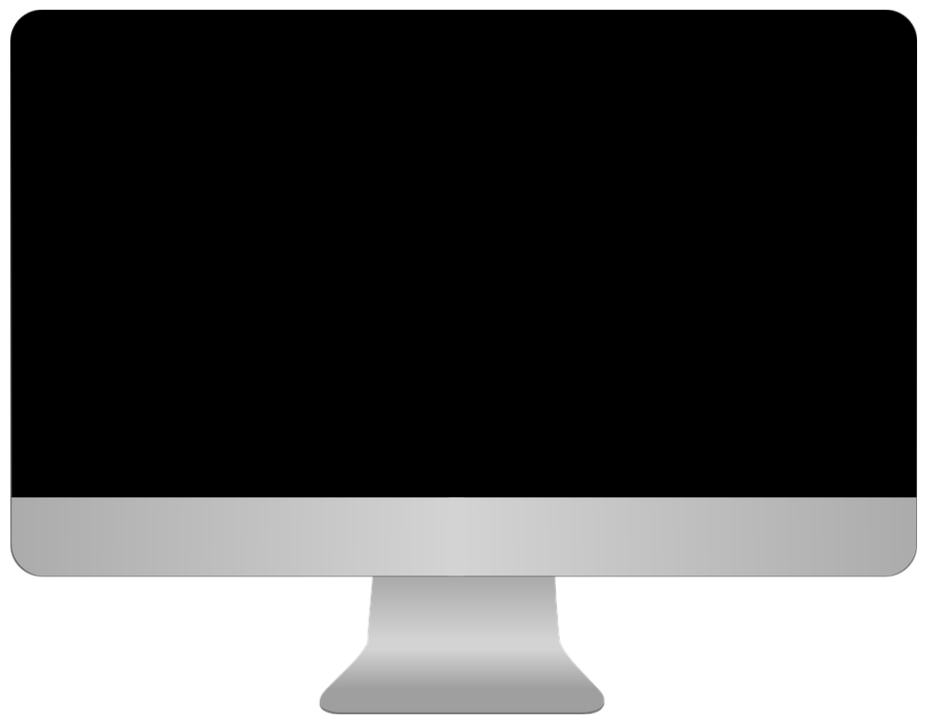 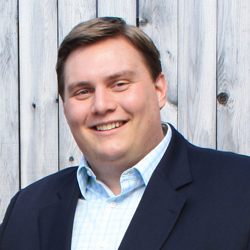 A former college coach and NFL scout who is now dedicated to the professional development of the evaluation community. Blending best practices from the core of the evaluation process with techniques leveraged by the military, business, data science, exercise physiology, psychology, and other disciplines to reduce opportunities for human error. These processes have trained 34 NFL scouts to date.

Skills in this class: 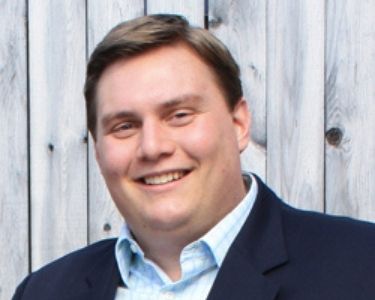 A former college coach and NFL scout, Dan Hatman is dedicated to the professional development of the evaluation community. Drawing from lessons from each of the three NFL teams he worked with as well as each of the college programs he has coached at or consulted with, Hatman has blended best practices from the core of the evaluation process. Those have been combined with techniques leveraged by the military, business, data science, exercise physiology, psychology, and other disciplines to reduce opportunities for human error and to maximize the objective assessment of subjectively collected information. These processes have trained 34 NFL scouts as well as dozens of coaches and recruiting staff across the college football landscape. Hatman graduated with a bachelor’s degree in psychology and two masters; one in Business Administration and one in Sports Administration. 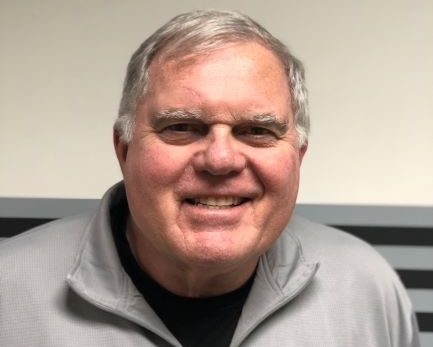 John Peterson is a 47 year veteran in the football profession. He spent 18 years coaching football, along with 29 years in professional football as a General Manager, Player Personnel Director, Director of Football Operations, Area Scout, and educator. In June 2016, he retired from the NFL with 19 years of college scouting service (11 with the Seattle Seahawks and 8 with the Carolina Panthers). During this time Peterson went to Super Bowl 40 (Seattle) and Super Bowl 50 (Carolina). In 2010, he was named the co-recipient of the “Lone Star” C.O. Bracato – NFL Scout of the Year award. Prior to the NFL, Peterson spent 6 years in the Canadian Football League (CFL) with Ottawa and Toronto as Player Personnel Director and as a Scout with British Columbia. He spent 2 years in the World League of American Football as the GM of the San Antonio Riders. His 18 years of football coaching experience had stops at Highland, Indiana (HS), Northern Illinois University, Westminster College (UT), Frostburg State Univeristy (MD), Holy Cross College (MA), and Bemidji State University (MN). He was a Head Coach 11 of his 16 years in the collegiate coaching ranks. In retirement, Peterson has been an Area Scout for the NFLPA Collegiate Bowl, Director of Football Operations for the San Antonio Commanders (Alliance of American Football) and for the New York Guardians (XFL) and on the faculty here at The Scouting Academy, teaching classes on scouting and evaluation. Peterson is a graduate of Ann Arbor Pioneer HS (Ann Arbor, MI). He holds a BS degree from Eastern Michigan University (1970), MA degree from Michigan State University (1971), and a Ph.D from the University of Utah (1976). Peterson and his wife Wendy have been married for 44 years with 6 children (4 girls, 2 boys) and 12 grandchildren. Their son Blair is on the coaching staff at Brigham Young University.

Additional guest speakers during the Fall

The outcome we are most proud of is seeing hard work being rewarded. Those who join us are investing in their future in football and their efforts and passion are an inspiration to us.

When we started, we assumed that only people that wanted to work in the NFL would join us, but we could not have been more wrong. People from every corner of the football landscape have taught us that the evaluation community is broad and hungry to learn more.

Below you can hear from our alumni directly. To date, they have:

Come from 22 countries around the world

“The College Area Scouting Course provided me a platform to continue learning the nuances within the scouting profession. I was able to build upon the foundation of the trait-based coursework and experience the life of an Area Scout for myself. This profession isn’t about watching tape by yourself in a dark room all day, it forced me to make connections with area universities and put myself out there, whether it be on the sidelines or in the press box, working next to NFL and CFL scouts. The experience was invaluable and I am grateful to Dan Hatman and John Peterson for sharing their vast knowledge while providing me with the opportunities to network with influential people within this profession.”

“Every step of the process, from beginning to end, was explained thoroughly with visual aids and verbally so you know exactly what the position is doing at every step along the way. It was great to get a peek behind the curtain to see only what those who have knowledge of the position know and what role they play in the process of building a roster. The stories I got to hear from the years of experience of the instructors were priceless. Also, being in a class with other like-minded people who love the game was also helpful as they came up with questions I hadn’t thought of that would lead to good information and conversations. I found myself looking forward to each class. I have a newfound respect for those who do this job and all that it entails after taking this class. If you’re interested in becoming an area scout or just want to know what goes into the position this is the class to take.”

“The Scouting Academy’s College Area Scouting course provided me with the knowledge and understanding of what it takes to become a college scout. The interactive assignments pushed me to make strides in networking and scouting development. The course, designed and led by veteran NFL scout John Peterson, provided unparalleled knowledge and tutorials that can be of assistance along the way. Scouting Academy gives aspiring evaluators like me the chance to gain insight to what successful scouts do on a weekly and monthly basis. Dan Hatman is always there with a helping hand and aids his students by providing personal feedback and setting time aside to speak to his students who reaches out to him for help. If you are interested in learning more about what it takes to become an Area Scout then this course and place is for you!”

“Dr. John Peterson is a master teacher who gives you an in-depth look into the world of a College Area Scout. He takes you through a very detailed approach of a College Scout’s Year beginning with setting up your calendar and finishing with the draft board along with all the thorough insight along the way. His knowledge and acumen in this class hit all levels of the profession, and he provides you with the opportunity to get a first-hand look through experiential learning projects. This investment in yourself is well worth your time and resources to get a rare comprehensive look at the realm of College Scouting.”

Do you need more time to pay? We offer a couple different options:

Group Plans – Discounts start with groups of 3 ($50 off each) and can go up to $200 for groups of 7 or more! Please contact director@scoutingacademy.com for more information.

We understand that the registration fee is not the kind of money you find in between the seats of your car.

This semester we are offering $200 discounts to those who are:

If you fit into one of these groups and can show documentation, email us at Director@ScoutingAcademy.com for access to the discounted registration.